Unique to this region. As there were few trees in the area, early settlers constructed their houses and granaries out of local stone. Many are still to be seen on local farms. This example is a reconstruction, to be seen in the Fraserburg Municipal garden. This six-sided structure, unique in South Africa, and situated on what is known as the old Market Square, has become the symbol of Fraserburg. It was designed by the Reverend Bamberger, and built by Adam Jacobs, a local artisan, in 1861.

Die Peperbus has had many uses. It was meant to serve as a market house and the bell rung for market. It soon served as the magistrate’s private office, the first magistrate, Mr. Balston, having arriving in 1859. The Town Clerk administered the town from here, and it also served as a council chamber when the village attained municipal status in 1862. When the municipality moved to other premises Die Peperbus was used as the Public Library (1866), School Board office (1951) and storeroom respectively. At one time the assistant Reverend Van Schalkwyk used it as a study.

Die Peperbus was proclaimed a National Monument in 1971. It is now a Northern Cape provincial heritage site.

Visit Die Peperbus in Meyburg Street, behind the Magistrate’s office. 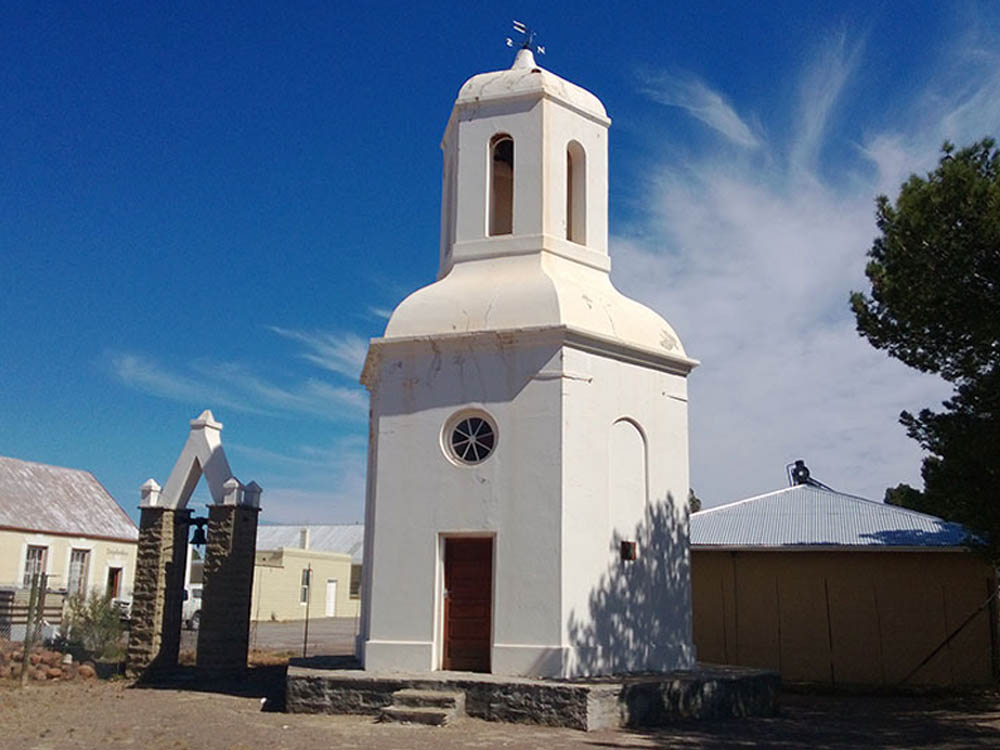 Dinocephalian Footprints found on Gansfontein – 5km on R353.
The paleo-surface, commonly called “the footprints”, is found on the farm Gansfontein. It is one of the most spectacular surfaces found in the Karoo and displays several trackways of large four-footed, five-toed mammal-like reptiles known as dinocephalians, and a single set of stubby-toed prints probably made by a primitive reptile known as Bradysaurus. 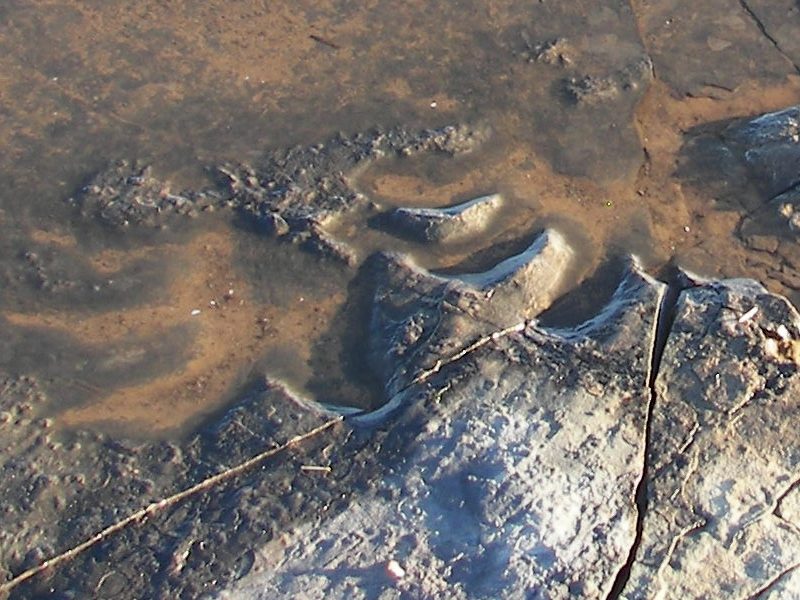 This building was erected in 1856 to accommodate the first reverend of the newly founded congregation, Rev Carl Arnoldus Bamberger. With its thatch roof , whitewashed walls, small-paned windows and elaborate front entrance, it has a typical Cape Dutch appearance. At one stage, it was the only formal building in the village.
The four inside walls are rounded, and it still has the original yellowwood floorboards and some of the original yellowwood ceiling boards. In time some of the ceiling boards warped and were replaced in the early nineteen hundreds with pine. At present the building hosts a museum and fossil display which is well worth a visit. 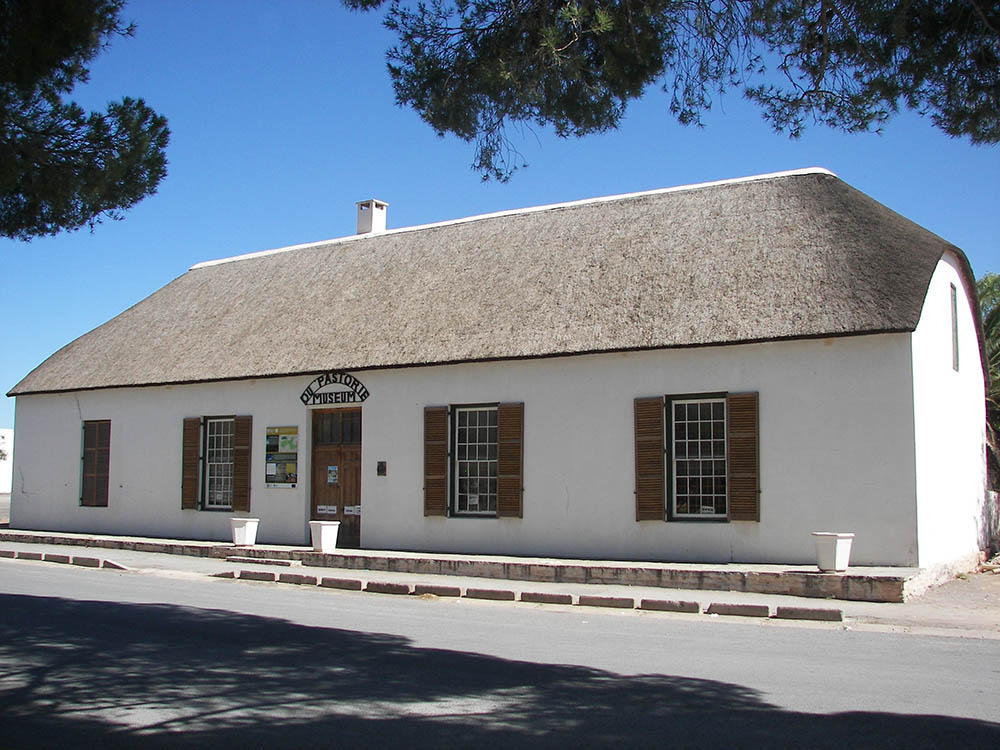 Erected by John Findlay in 1870, to store ammunition in case war should break out with the Korannas under leadership of Kupido Pofadder, to limit danger from fire. It was also used by the British troops during the Anglo-Boer War. 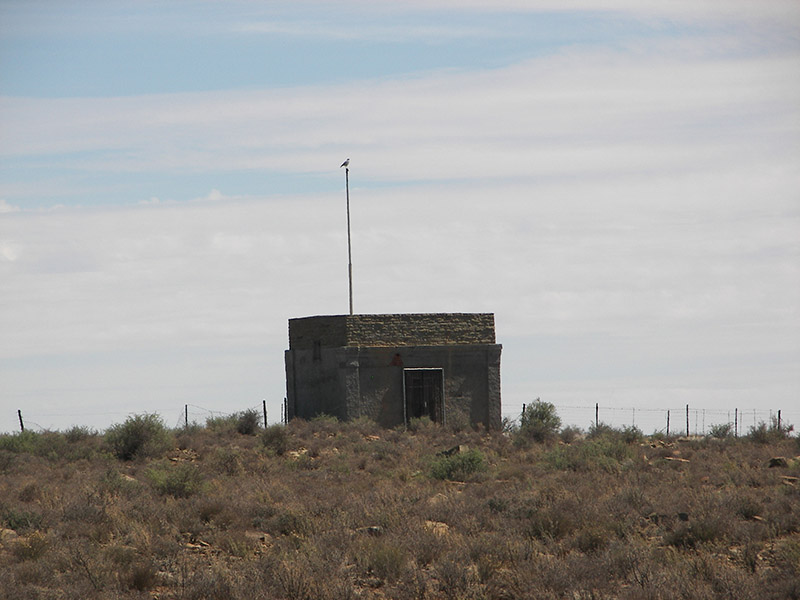 2 Voortrekker Street. The town obtained its first direct current in 1938. During September 1956 this was converted to alternating current, and on 24 June 1983 Fraserburg received its first Eskom power. Seven Lister Blackstone engines may still be seen. 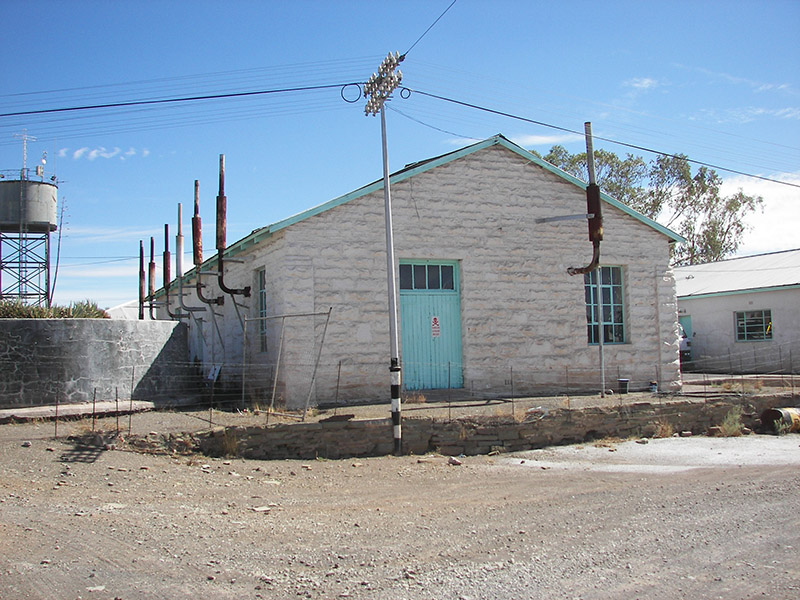 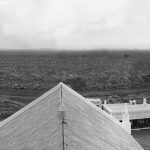 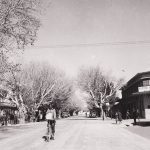 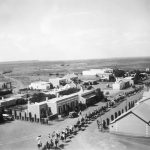 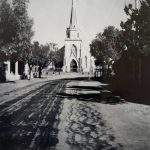 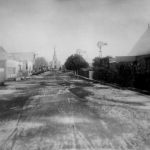 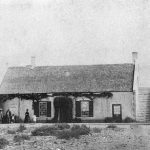 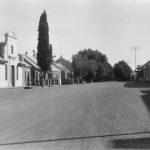 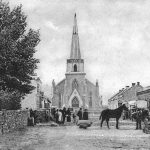 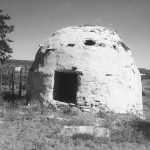 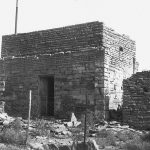